Did you know that Dr. Steptoe and Dr. Edwards weren’t the only ones who first developed IVF? Until recently, many were unaware of a third, indispensable contributor: Jean Purdy. Jean Purdy was a British nurse and clinical embryologist who joined Dr. Patrick Steptoe and Dr. Robert Edwards as a lab technician and quickly became an equally valuable partner in developing the first successful method of in-vitro fertilization. 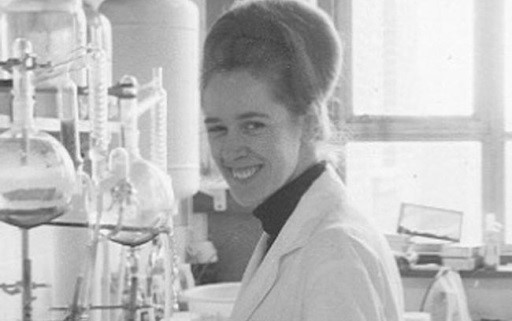 In fact, Purdy’s contributions became so instrumental to the development of IVF that the project was halted for several months when she could not travel to the laboratory while caring for her elderly mother.

After countless attempts, in-vitro fertilization was finally successful and Purdy became the first person to witness the division of embryonic cells. These very cells would later become Louise Brown, the first human to be conceived from IVF.

Purdy, Dr. Steptoe, and Dr. Edwards went on to be coauthors of nearly 30 academic publications, as well as co-founders of the Bourn Hall Clinic, the world’s first IVF center. Between the birth of Louise Brown in 1978 and Jean Purdy’s untimely death in 1985, 370 babies were conceived by IVF. Unfortunately, recognition of Purdy’s contributions died with her and her legacy fizzled out.

After their techniques proved to be a successful fertility treatment, Dr. Steptoe and Dr. Edwards were hailed as the pioneers of IVF. Unlike Purdy, Dr. Steptoe’s passing in 1988 did not diminish his reputation. Jean Purdy continued to be excluded when only Dr. Steptoe and Dr. Edwards were named on a commemorative plaque at Oldham District General Hospital, the birthplace of Louise Brown. In 2010, as the sole surviving contributor, Dr. Edwards was awarded a Nobel Prize for developing in-vitro fertilization.

Jean Purdy’s legacy was resurrected in 2019 after records and letters that proved her crucial role in developing IVF were made public. These papers also made it evident that both Dr. Steptoe and Dr. Edwards persistently advocated for Purdy’s equal recognition in their work. One letter features Dr. Edwards’ protest to the exclusion of Purdy’s name on the Oldham commemorative plaque, stating “Jean Purdy… contributed as much as I did to the project… I regard her as an equal contributor to Patrick Steptoe and myself.” Now, decades later, Jean Purdy is finally beginning to receive the recognition she deserved all along as one of the pioneers of IVF.

In-vitro fertilization was once an experiment, but because of the collaboration between Jean Purdy, Dr. Steptoe, and Dr. Edwards, IVF became a transformative fertility treatment responsible for the birth of at least 8 million people. One of these people includes Elizabeth Carr, the first test tube baby in the United States, who celebrated her 40th birthday in December 2021.